A Natural Reserve of History

Spring is in full bloom here in the mountains of Hampshire County, West Virginia. A few irises have popped up, and I’ve got mint growing in the garden. Sitting at the kitchen table for breakfast, I watched a turkey strut through the yard. 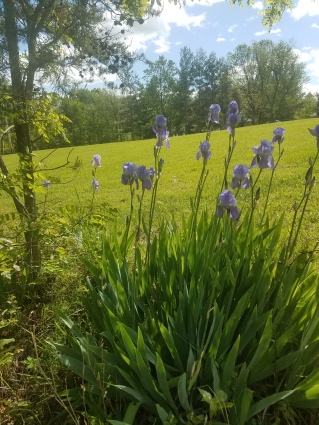 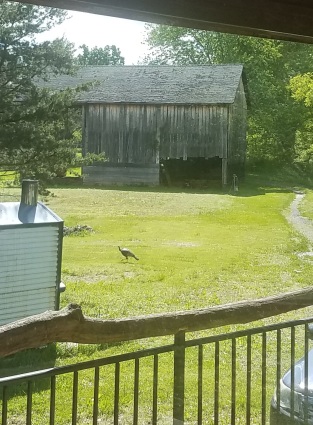 Days like today are perfect for hosting visitors and talking about the change all around us.

I was thrilled when siblings Olida (83) and Don (82) pulled up my driveway around noon-time. The two had grown up on my property, in a mostly self-sufficient farm, the only visible remnant of which is the barn that I now own.

Both have a thousand stories to tell, but Don’s memories seem clearer.

Their dad had a Model A roadster, that used to cut its way through the snow. The driveway used to be cut deeper, with high banks, and it was more-or-less in the same place, maybe a bit to the left. To keep the milk cold, they had kept it in old-fashioned jugs down in the creek, over there, he says. In winter, Don would work with his father at night shelling corn, a lantern to give them light and the illusion of warmth.

Although it all has changed, he can point to where everything use to be. 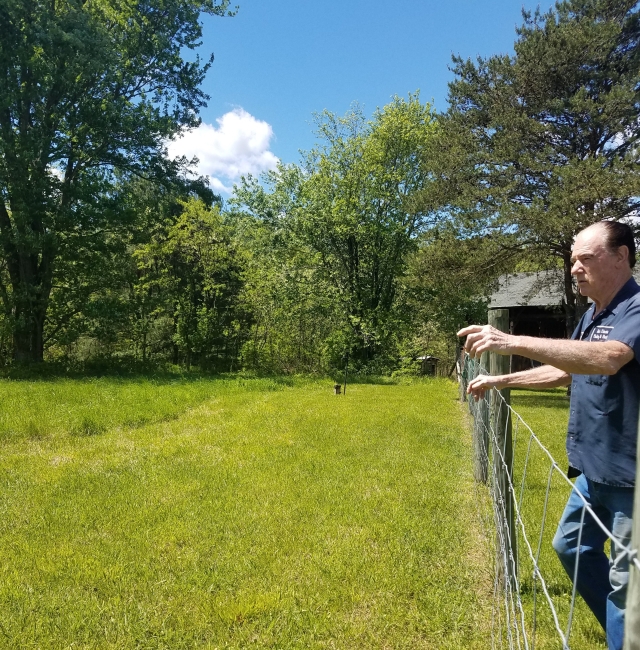 Standing near the old barn, Don and Olida look to the field where their house once stood. When they were children in the 1930s and 1940s, they lived in an ice-house, a one-room structure that remained on the property after a fire in the 1920s ruined an old Inn that had once stood on the site. My research in the county archives indicates that that Inn was probably built by/ for Robert M. Powell in the first half of the 19th century. Don knew that the door to the Inn had faced west, towards the old road that is now an overgrown path. Olida added that the Inn had had a wrap-around deck and a telephone.

Don and Olida knew nothing about the Powell’s, nor all that much about the Inn, but they could confirm much of the line of succession of the property: the Whites, Sunderlins, Anderson, Bohrers had owned it in turn.

What they remember most is the sights, sounds, smells, and physical characteristics of the farm, a childhood spent chasing chickens and cows, tending to sick neighbors, visiting church every Sunday. In addition to the ice-house-turned-residence, with an attached lean-to, there was a smokehouse, an outhouse, and a garage. The few acres of open grass was once cornfields, apple trees, planted potatoes and cucumbers. The pines have been encroaching year after year; the landscape reverts back into a forest.

History gives meaning to places and forces us to respect them more.

The “H.F.B.” carved on the door of my barn’s granary (I had been mistakenly calling it an office door), belonged to Homer Floyd Bohrer. The original horizontally-laid siding remains only in one spot of the barn. It was pine, taken from old-growth trees, and it never had paint or varnish applied to it. To the left is the hay loft, to the right, the hay mow. 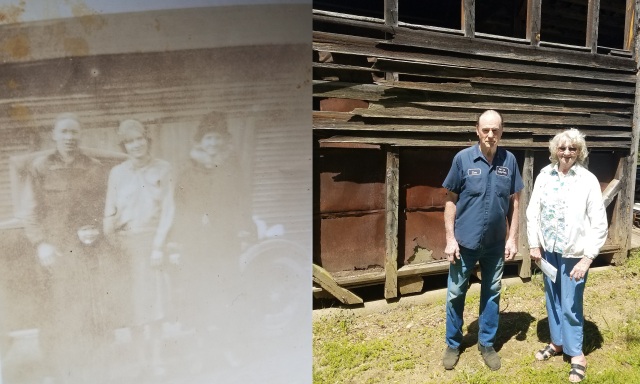 The world has gone insane, Don told me. I agree. There are responsible, God-fearing, hard-working people around, but they are disappearing one by one. The factories in Paw Paw and Cumberland have all shut down. Red-necks and bums trash the landscape. The food is all artificial. People don’t visit like they used to; everything is scheduled. What people once had was freedom.

Years ago, you knew all of your neighbors, and you had to, because you relied on each other. On the way home, Don would stop by Frank Allen’s place to hear the latest news. It must have been in 1945, when he stopped over and learned that “Hitler run and hid and we can’t find him nowhere.” Don laughs as he tells the old stories.

There are pockets of sanity left in Hampshire County, a natural reserve of history. 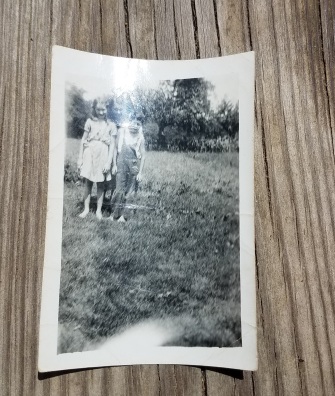 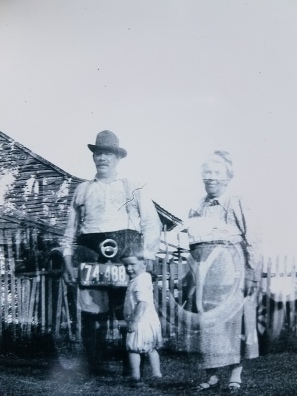 ← Meeting the Neighbors by Talking about History
Georg Weisserman →