It was common in the United States in the nineteenth century to speaks about history broken up into “ages” and “epoch.”  Because time was moving quicker than ever before, and changes were all around to see, contemporaries needed to use language that divided time into distinct periods on the path towards progress and civilization.

A textbook by Joel Dorman Steele and Esther Baker Steele, A Brief History of the United States (New York: American Book Co, 1871), [in a series of Barnes’ book – hence the “Barnes Brief History” at the top of the page] demonstrates another way (see my previous post on the Chronographer) in which teachers in classrooms were encouraged to use particular visualizations schemes of time.

Teachers would break U.S. history typically into 5 or 6 epochs. Below, we see a larger scale of New World history, divided into shorter periods of time, with related topics. Note that in the mid-nineteenth century, well before the discovery of a Norse settlement at L’Anse aux Meadows, Americans were interested in the potential Norse discovery of the New World.

One again, this adds to my view in my book, Creative Historical Thinking (Routledge 2018) that we naturally seek ways to structure and divide time, and to present spatial visualization of time. Each solution to this problem of how to think about time might be unique. 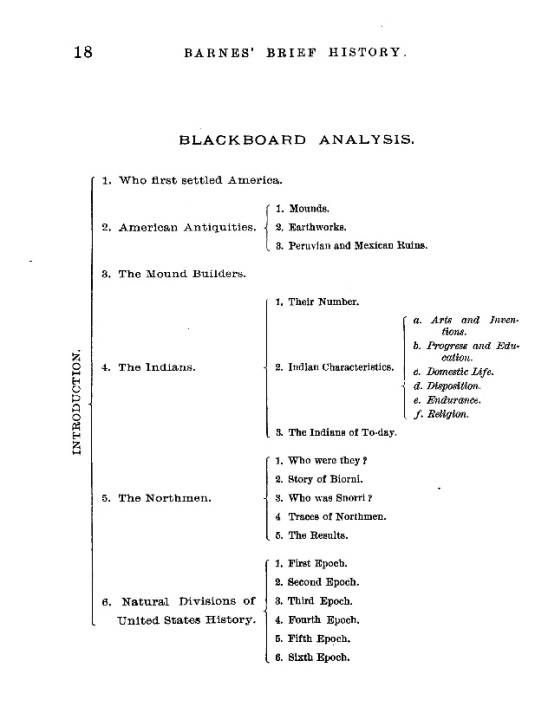