Last year, I and my two co-authors Anders Rasmussen and Robert Faith published an article (in the well-regarded Journal of American Ethnic History) about foreign-born men who were forced against their will into the Union army during the American Civil War. In 1862-1863, at the peak of “impressment” claims, over one thousand men complained that they had been illegally, forcefully drafted.

The article was based on a quantitative study of these 1,000+ records. Unfortunately, the journal was only able to produce one of the many graphs and charts that we had made for the project. The one chart reproduced in the article is below. The primary method we used in this research is called “counting” and its rather elementary – we simply counted things! Things that nobody else had counted before! For example, we counted and tallied by months the dates when soldiers complaints about impressment reached the U.S. Department of State.

We also counted the number of impressment cases that originated with soldiers from particular states. Wisconsin and Pennsylvania had the largest number of cases, partly because of the high numbers of immigrants in these states, but also because conscription in those states was demanding to meet its quotas.

The map above is based on the data below. 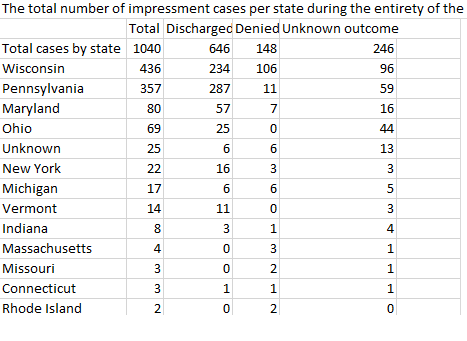 We also used the counting method to see how many soldier impressment case complaints were successful (in getting the soldier released from service) versus those that were unsuccessful. Again, Pennsylvania and Wisconsin stand out. Because the State of Wisconsin made it easier for immigrants (even non-naturalized ones) to vote in local elections, more impressment cases originating in Wisconsin failed than those from any other state. The State Department decided that for the purposes of the draft, a person was considered a citizen if he had ever cast a vote in the U.S., even at the local level.

Wisconsin and Pennsylvania counties with a high number of immigrants were particularly hard hit as conscription agents ignore the foreign-born complaints that they were not eligible for the draft. 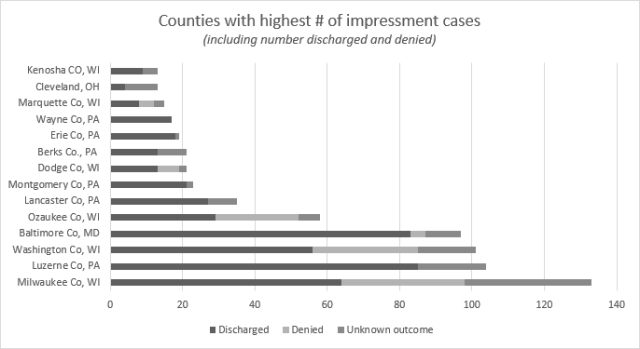 Here are some colorful ribbons from the State Department’s files in the 1860s. 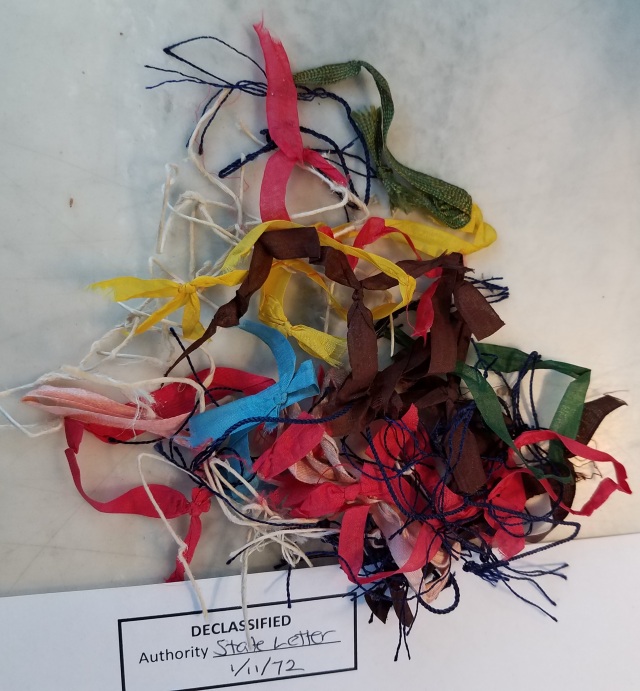 And here are what the individual case files look like. They list the name, home county, state, and type of complaint. Inside are typically letters from consular agents representing Germany, Great Britain, the Netherlands, Denmark, etc. 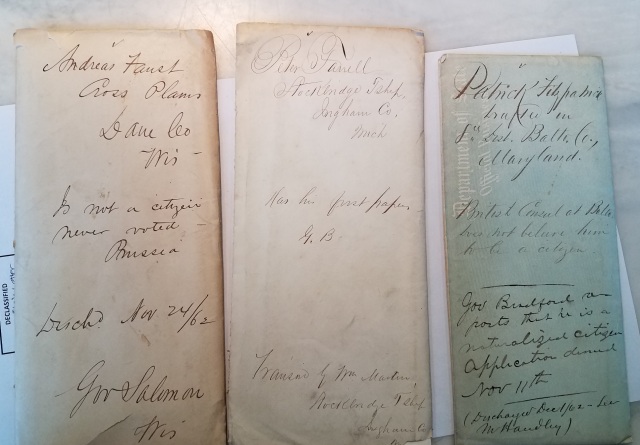